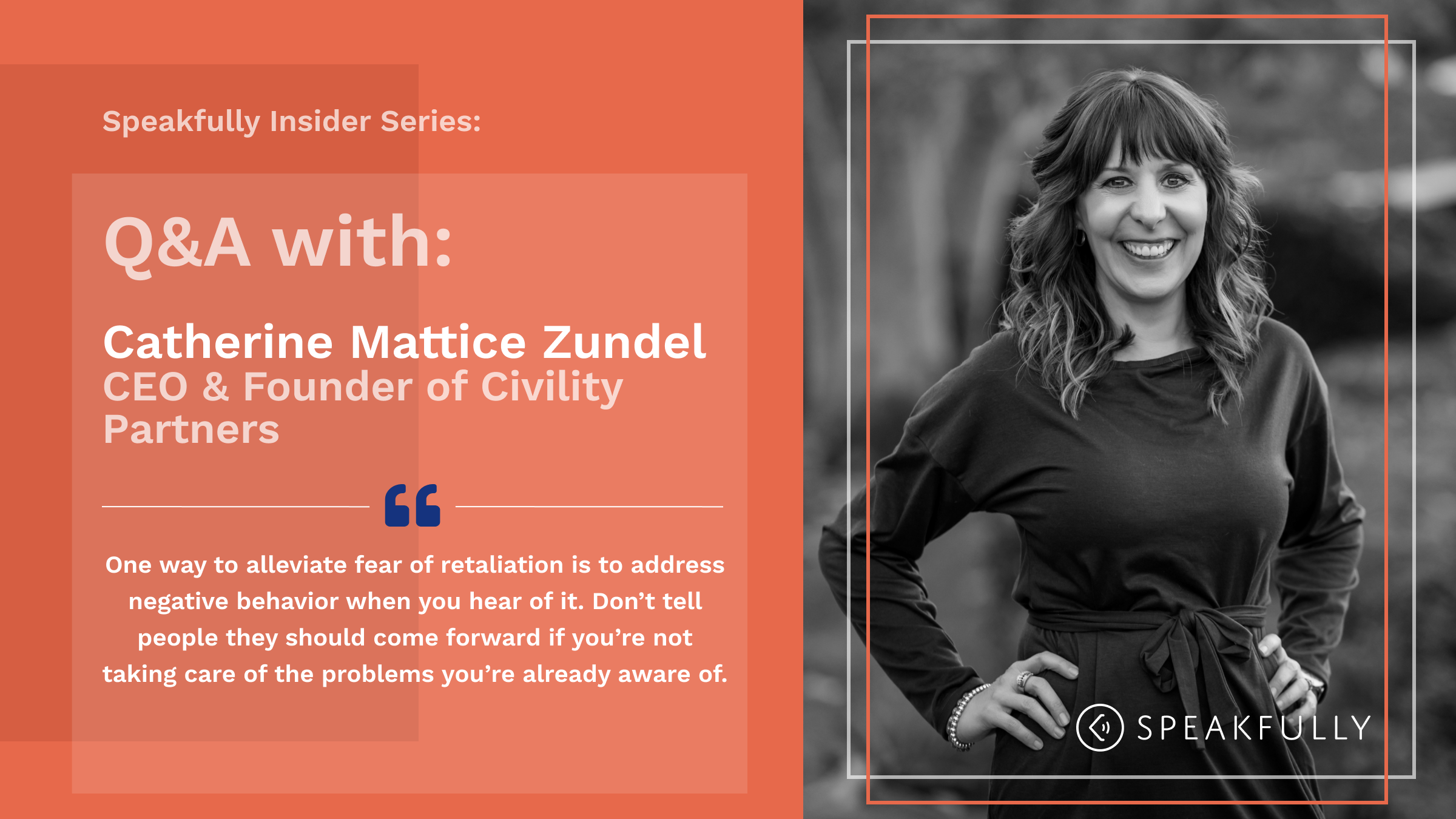 I am the founder/CEO of Civility Partners, an HR consulting firm focused specifically on ending harassment and bullying by partnering with clients to create respectful workplace cultures.

I’ve also been cited as an expert in major national news outlets such as USA Today and Entrepreneur, and have appeared on such venues as CNN and NPR. In addition, I’ve presented at a ton of conferences over the years. I estimate I’ve spoken to well over 100,000 people.

I’m also an award-winning speaker, author, and blogger. My first book was, BACK OFF! Your Kick-Ass Guide to Ending Bullying at Work, with a foreword from leadership guru Ken Blanchard. He called it, “the most comprehensive and valuable handbook on the topic”, which was pretty cool.

What was the driving force for you to found Civility Partners in 2009?

Much like Speakfully’s founder, I was bullied at work. I was an internal HR Director dealing with another director who bullied me and other people and was very insubordinate to the president. Bothered by the fact that we all allowed this to happen, I ended up doing all my research in graduate school on workplace bullying. I joke that I have a master’s degree in workplace bullying.

From there I got a job at a start-up tech firm who’d received a huge investment and needed help hiring and building HR as they grew. The recession hit, the investor pulled his money, and many of us were laid off. I drove home that day and bought a website, and Civility Partners’ was born.

Will you also describe how you also came to be one of the founding partners of the National Workplace Bullying Coalition?

If you can believe it, there exists an International Association for Workplace Bullying and Harassment (www.IAWBH.org). This is an academic association and where all the professors from around the world who study bullying hangout. Indeed, workplace bullying has been in academic research for over 40 years, but America is only now paying attention to it. I met a documentarian there, Beverly Peterson, who’d done two documentaries on workplace bullying and we became friends.

She started working with a retired judge in New Jersey to get some legislation passed, and they decided to do a conference to get attention. She invited me there and invited me to help her found the Coalition. She, the retired judge, a university professor, and I voted it into existence at that conference.

We’ve done some cool stuff, such as held three national conferences that included keynote speeches from members of Congress, the California Assembly, the Tennessee Assembly, and the Chair of the Equal Employment Opportunity Commission (EEOC).  Currently, the Coalition is focused on passing the Dignity at Work Act, which already has traction in several states.

Recently, I co-compiled the book, Stand Up, Speak Out Against Workplace Bullying: Your Guide to Survival and Victory Through 23 Real Life Testimonies, as a fundraising project for the Coalition. It’s a compilation of stories from empowered targets and meant to change the conversations around coping and success in resolving bullying.

Will you describe the effects bullying and harassment in the workplace have on productivity and workplace culture?

All that research from the last 40 years makes it very clear that people who feel bullied are anxious, stressed, depressed, lonely, confused, etc. They live in fear every day because they are being abused at work. That constant state of stress causes physical problems such as sleepless nights, headaches, stomach aches… and even heart disease and IBS. Research is also very clear that one can even develop post-traumatic stress disorder (PTSD) from being bullied at work.

Perhaps not to the same extent but witnesses also experience these issues as they also live in fear and stress.

Naturally, all of that disrupts productivity. When people are stressed and depressed, they certainly aren’t performing well. Imagine being yelled at, and then getting on a customer call. There’s no way the customer call is a top performance type of call. People are distracted, spending time thinking and talking about the behavior, losing their loyalty to the organization, maybe even purposefully harming the organization to get back some control, and not giving you their all. Here’s an infographic we did on this for more information.

Of course, the culture suffers from all of this as people are disengaged and unhappy.

In your opinion, do you feel we are making an impact as it relates to workplace mistreatment?

The workplace in the 70’s looked quite different than today’s, so we’re moving in the right direction. But as we saw with #metoo and #BLM, for example, people are regularly mistreated or treated unequally due to social norms and societal norms we often don’t even know are there (ahem, implicit bias).

Beyond those under the radar issues many people don’t see or don’t bother to look for, I also see a lot of blatant disregard for employees in the work that I do. For example, when I am called in to coach a leader engaging in bullying behavior, they’ve generally been behaving that way for quite a while. The CEO has been hesitant to call them out and require change because these people are usually top performers and seen as providing a lot of value to the organization. Usually, this goes on until something happens that smacks the CEO in the face – an investigation, a letter from a lawyer, a public declaration of poor treatment online somewhere. Only then is the CEO willing to call out the behavior and require change.

All I can do is have as much of an impact as I can in the workplaces I’m invited into.

What steps do you believe will help in making workplace mistreatment and fear of retaliation a thing of the past?

I can share some good steps for making mistreatment and fear of retaliation a thing of the past in your own organization.

A good first step is better training. In California, we have mandatory harassment prevention training, but it was mandated by lawmakers who thought training about the law would be good. It’s good for people to know their rights, but they should also learn tools for stepping in when they witness negative behavior and being aware of their own behavior.

Also, don’t rely on training to change behavior or organizational culture. As you implement better training you have to implement accountability. For example, include core values in your performance management system, and when you see even subtle lower-level negative behavior, address it to keep it from getting out of hand.

One way to alleviate the fear of retaliation is to address negative behavior when you hear of it. Don’t tell people they should come forward if you’re not taking care of the problems you’re already aware of (like a bullying leader who’s allowed to act that way).

Providing line managers training on addressing incivility, and empowering and supporting them in doing so, will also decrease fear of retaliation as the managers step in and resolve these issues before they bubble.

There are literally hundreds of steps I could go over, but I’ll just give this one more. Do a climate assessment regularly. Ask hard questions and be ready to respond to them. Ask if people feel mistreated if they believe they’ve been held back from the opportunity given their gender/race/disability, and whether they would tell you if they were mistreated. The first time you ask the answers won’t be pretty, but now you can change that.

If you could sit down with a historical figure to discuss equal rights and civility, who would it be, what would you discuss, and why?

Sorry to get political here, but it would be Trump. I think you know why, and I probably shouldn’t write out what I would say to him. 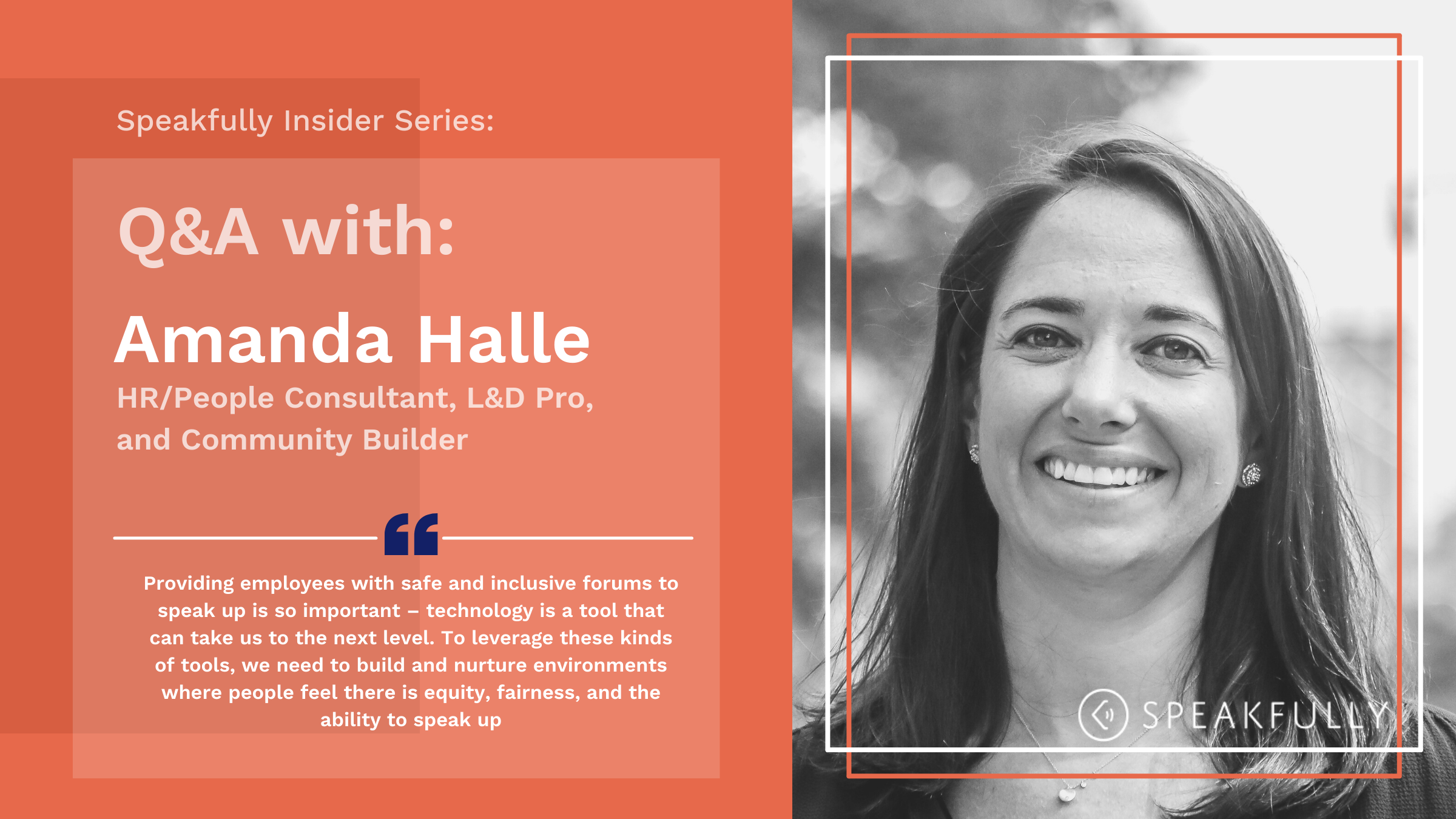 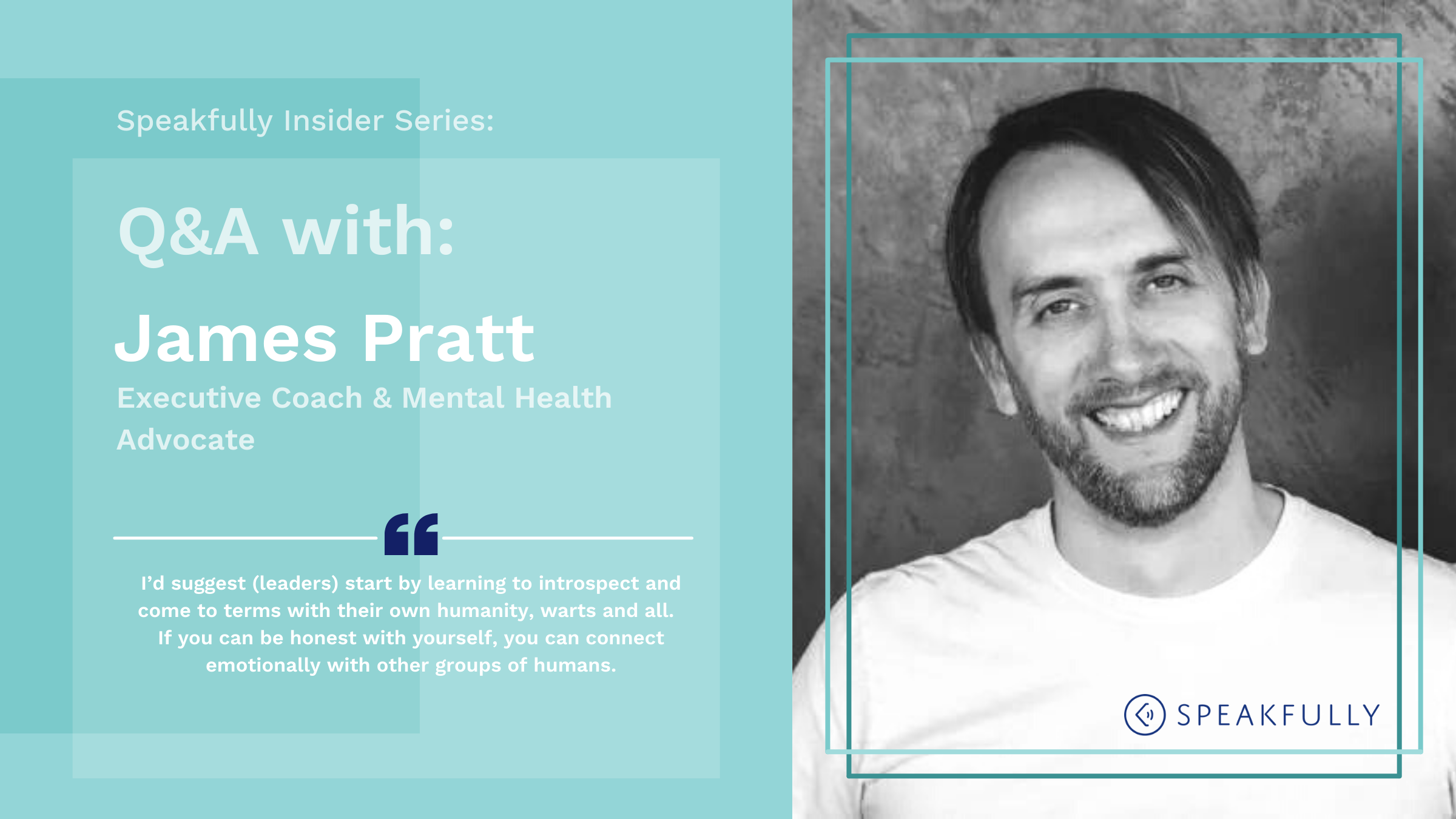